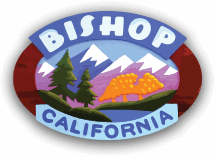 You’ve arrived. Well done! This page will guide you on when, where, and how to see the last glacier in California.

Following the north fork of Big Pine Creek, a runner’s ideal trail steadily climbs through pine and birch forest to a series of alpine lakes. Numbered First Lake through Seventh Lake, the turquoise pools are surrounded by views of the Eastern Sierra’s dramatic 13ers, pointed Temple Crag, and the Palisade Glacier.

Starting from the Big Pine Creek Trailhead, located near Big Pine Creek Campground and Glacier Lodge, this is also the departure point of Baker Summit Trail. The trail starts upward in switchbacks before contouring the hillside at a more gradual incline. It is fairly smooth for running and padded with pine needles. Uphill all the way to the lakes, you know exactly how well the trail flows for the run back down.

Traveling about three miles through the forest, you’ll pass Lon Chaney’s stone and wood cabin. Originally built as the actor’s private rustic retreat, the building is now preserved as a historic site within Inyo National Forest. Continuing beyond the cabin, the trail leads out of the forest and higher into alpine territory. Grey granite peaks rise above the lakes providing some of the most spectacular views in all the John Muir Wilderness.

We ran the North Fork Big Pine Creek Trail late winter of a low snow year. On an unseasonably warm day, warm enough to start in running shorts at 7:30am, we set out on the dry trail until high enough to reach the lingering snowline. Moving much slower on the semi-frozen surface, we post-holed our way from the cabin up to the lakes. With nothing but sunshine in the forecast, freezing winds and a sudden snow storm chased us down early from the lakes.

In other months and other conditions, waterfalls and wildflowers are abundant. The lakes are inviting for a refreshing glacial dip in summer heat, and in the fall, the aspen trees glow golden.

The trail is accessible March – October depending on snow levels.

North Fork Big Pine Creek Trail is 15.5 miles roundtrip with 3884 feet gain for an out and back from the trailhead to Seventh Lake. Up at the lakes, you can also make a loop from Fourth Lake to Black Lake before rejoining the trail near First Lake to head back down.

Did you know the Palisade Glacier descends from the flanks of four mountain peaks over 14,000 ft in elevation of which North Palisade is third highest peak in the Sierra Nevada Range.

Everything you need for a beautiful experience up Big Pine Creek

Big Pine Creek flows from the eastern Sierra Nevada into the Owens River near Big Pine. Trails along the North and South forks of the creek both lead to stunning alpine landscapes, and some of the most beautiful views in the area. Following the North Fork Big Pine Creek Trail, brings you up close to the Palisade Glacier, Big Pine Lakes, and towering Temple Crag.

The trail leads up to a series of alpine lakes, named First through Seventh Lake, known for their turquoise water and cold temperatures. Stopping beside one of the lakes provides views toward the jagged Inconsolable Range and Temple Crag, known for its rock climbs.

Temple Crag, Mount Sill, and Mount Agassiz, are accessed beyond the trail and popular climbs for mountaineers.

From Bishop drive south 15 miles on US Highway 395 to Big Pine. Go west (turn right) on Crocker Ave. which becomes Glacier Lodge Rd. Parking is at the end of the road, another 11 miles, at the trailhead just past the Big Pine Creek Campground.

The trail can be used March – October depending on snow levels. The best conditions may be in late spring, after the snow melts, and early fall, before the first snow. Many parts of the trail are exposed and can be hot during peak summer months reaching over 100 degrees.  In summer, start early to avoid heat for the uphill, and consider visiting during the week if you’d like more solitude than on a popular summer weekend.

In the winter months, the same route can be used for snowshoeing and incredible backcountry skiing tours up Kid Mountain, Mt. Alice and Slide Mountain.  Please check Eastern Sierra Avalanche before you go..

The trails around Big Pine Creek can be fun for the entire family, dog friendly, and also challenging for mountain enthusiasts. The trail is popular with fisherman en route to the lakes and climbers accessing the bigger peaks.

The trip to the lakes is all uphill, rocky, and can be strenuous. Depending on the season, there may be a few stream crossings. As always, when venturing into the mountains, bring plenty of water, snacks, sun screen, layers of clothing, and follow leave-no-trace principles.  We enjoy guests who leave it better than they found it.

Glacier Lodge is near the trailhead. Besides cabins, camping, and comfort at the edge of the wilderness, they offer breakfast, lunch, and dinner before or after your tour.

The fauna and flora that can be seen in the area are: